How long can you run an agency on spreadsheets?

What to think about when running an agency on spreadsheets

A. The Piketty Case

In 2014 Thomas Piketty published Capital in the Twenty-First Century. The New York Times said it ‘will be the most important economics book of the year—and maybe of the decade.’

Fortune called it ‘Groundbreaking. Piketty’s new volume offers a fresh perspective and a wealth of newly compiled data that will go a long way in helping us understand how capitalism actually works.’ A Nobel Prize was mooted. But he based his analysis on spreadsheets. The FT later said ‘In his spreadsheets...there are transcription errors from the original sources and incorrect formulas.’ After the FT cleaned up the data, they came up with some conclusions that differed from the author’s.

B. The Reinhart and Rogoff Case 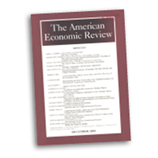 In 2010 two Harvard professors published an economics paper in the prestigious American Economic Review. Called ‘Growth in a Time of Debt,’ it became hugely influential, and was turned into a best-selling book. Its arguments act as scientific justification for international austerity measures, adopted by many governments.But a graduate student tried to reproduce the results, and failed. The professors shared their Excel spreadsheet with him. The student found flaws, including sums run over entirely wrong cells.

When JP Morgan’s Chief Investment Office wanted a new model for a credit portfolio they assigned an expert mathematician to build it. It ‘operated through a series of Excel spreadsheets, which had to be completed manually, by a process of copying and pasting data from one spreadsheet to another.’ In the aftermath of the financial trading melt-down, errors were found. ‘After subtracting the old rate from the new rate, the spreadsheet divided by their sum instead of their average as the modeller had intended.’ It is possible that the error cost the bank £5billion in revenue.

The lesson? Even governments and top economists can make major errors that go unnoticed, so what hope for mortals like us? We list here the biggest drawbacks to using spreadsheets to run an agency.

Spreadsheets can be linked, but few are. Why? As no one person manages all an agency’s spreadsheets, there’s always the worry that a change in one will mess up the link to the other. The result is silos of separate information, making it hard to know where the latest info is.

A Synergist user tells us that they previously used an array of spreadsheets:

“We had all sorts of difficulties juggling all these spreadsheets” the MD said. They now use Synergist instead, unifying all these processes into one system.

And spreadsheets can be moved about. Hunting them down can take detective skills. Copies get made without it being clear which is which. New spreadsheets get made and held on laptops. What happens if that author is taken ill or leaves?

Your spreadsheets are probably created by different people, each using their own approach, definitions, descriptions and formulae. Inconsist-encies make them hard to use and reconcile.

In 2008, professor Raymond Panko of the University of Hawaii published 13 field audits analysing spreadsheets from real-world environ-ments. 88% of the spreadsheets had errors.

Errors easily creep into spreadsheets, due to multiple formulas, manual data entry and multiple copy-and-paste. But spreadsheets with errors don’t let you know, they simply display the wrong number. Some errors leap out at you because they are wildly wrong. But others don’t.

Wasting time trying to fix spreadsheet errors can invalidate the reason you wanted the information. Most data is time-critical.

Ask any programmer what % of their time is spent testing software and fixing bugs. It’s going to be more than 50%. Yet how many spreadsheet creators would invest that much time in testing?

As if all that wasn’t enough, spreadsheet data has no systems logic or business processing intelligence built in. So you can enter a number that isn’t sensible, and it won’t see a problem.

The co-founder of London agency Purestone said: “You need good processes today. And that’s why Synergist wins out. Synergist totally understands your processes.”

Information scattered across separate spread-sheets cannot provide live information. Some of the it is bound to be out of date.

The Operations Director of a Birmingham-based agency said: “With Synergist, we can spot issues early. We use the key reports a great deal. It’s essential in decision-making. We use Synergist’s report alerts. For example, when estimated costs logged to a job reach 50% we see whether we are half way through completing the job. It flags up problems early. So when we get to 100% there aren’t any surprises.”

Your team didn’t join your agency to spend their time hunting for information, reentering data, reconciling spreadsheet discrepancies or wrestling with formula errors. It’s demotivating to be under deadline pressure yet not to be able to focus on a job.

All that wasted time gets in the way of being able to deliver good client service, even though you’re wanting to put client service high on your agency culture list. It’s a conflict.

And of course there are the sheer costs of the wasted hours due to spreadsheet issues. For case study examples of productivity gains and ROI, see the Synergist website or contact us.

The vast majority of spreadsheet users use Excel. Excel was not designed for collaborative work. Over time this picture will change with vendors (eg Google Docs) scrambling to produce collaborative applications for use via web browsers and the cloud, but the reality today is that Excel is what most people know and use, yet using it collaboratively is problematical.

Enforced system break points can bring enormous problems and some risk. The timing is forced by the system break, not chosen by the agency. Breaks tend to happen at a time of growth, when everyone’s focus is on new clients, new projects, new staff. Could there be a worse time to distract everybody?

Agency growth can come from unexpected quarters. A client’s success suddenly takes off. A new vertical market opens up. You hire a brilliant business development manager. When such turning points happen, you want to be empowered by your agency system, not constrained.

How many is too many people?

There’s no definitive answer, although you probably won’t know until it’s too late. Synergist can be used by 10 to 500 people.

Each spreadsheet is designed to focus on one area or deliver one sort of result. When a separate focus is needed later, the person needing it has two choices: create a new one from scratch, or adapt the first one. Which to do?

Most people adapt the first spreadsheet, to try to save time. But the expanded spreadsheet is then pulled in two different directions.

For example, various assumptions in the first spreadsheet might be inappropriate in the second. Or some of the formulae may involve historic data that ceases to be relevant. However once data is in spreadsheet form most people give it a credence that is beyond it’s worth. The numbers in a big impressive spreadsheet must have some validity, right? Whereas if the same information was merely spoken out loud the assumptions would immediately be challenged and tested.

Spreadsheets are flexible at the cell level, but inherently inflexible as a complete spreadsheet. To change the emphasis of a spreadsheet often means rethinking much of the model -- no trivial task when someone’s in a hurry and may not even be completely aware of all the implications.

In 2013 Forbes published an article called:

The provocative headline did its job -- it made its point and won attention. It went on to say that if the spreadsheet didn’t exist, then a lot of what the financial markets do couldn’t be done. ‘There would be no collateralised debt obligations, no credit default swaps, indeed much of the complexity of the financial markets would simply disappear in a puff of smoke.

‘Quite simply, without Excel we’d not have had the incredible financialisation of the economy over the past 30 odd years. And if we hadn’t had that then we also wouldn’t have had the financial crash of 2007. So there’s a dangerous piece of software for you.’

It’s a fanciful notion, but sobering. And in such a world, what would agencies run their companies on? The Answer: systems designed for running agencies and projects on. Coherent, intelligent, scalable, multi-user, real-time, everything-in-one-central-place systems. Like Synergist...