Solving the profitability issue is often an FD's number one goal. So much so that all their key decisions are subsequently judged in that context.

If that sounds like you, you're in good company. Here are some narratives from people who have been in the same position.

We met up with Alexandros Iakovidis, the MD of London-based consultancy Europe Economics:

“It (Synergist) helps in our decision-making, as reporting is easily available.

"This helps make on-the-spot decisions on many varied issues as well as more strategic ones regarding focusing more on the most profitable areas of our work.”

He also told us how things used to be for them:

"We previously used an array of spreadsheets, one for each major process. We had all sorts of difficulties juggling all those spreadsheets.

The result? "Team frustration, as issues of that sort would not allow us to focus on what we enjoy the most: economic analysis."

And Sara Blannin, Finance Director of environmental consultancy ECUS, also wanted to tell us about focus:

“Prior to this, we could be focusing on the wrong areas."

"We had 54 people working hard but profits were still elusive."

The power of metrics

Is your finance team mainly a silo?

It isn't automatic that the Finance function becomes well integrated with the other departments. To many teams, particularly in creative agencies, the folks from Finance are people to be avoided where possible. They can be seen as the dampener on creativity and the police force of timesheets. Not an enviable position to be in.

But take a glance at these comments. Something of a transformation occurs when everybody can access the information they need. They see their impact on projects, the rest of the team and the company. Financial awareness is quite dramatically increased. A business that has the finance function properly integrated into every department is a healthier company.

“As Finance Director I was nervous getting Synergist at first. Finance was separate from the rest of the agency. I was in my own little world. Not now. Everything’s connected, visible, transparent."

“The team are much more empowered now. It’s been an education for the team. It gives so much more knowledge to the account directors, for example. It’s increased the financial knowledge to non-finance staff tenfold."

“Empowering the account teams means they can advise the client rather than merely work on the job task. It’s a more consultative relationship. And when they see that we’ve spent more on a job than the brief allowed, they’re keen to get it back again in another way."

And Steve Collins, Finance Director at Amaze, said about Synergist:

"It provides the link between day-to-day operational information and key metrics which underpin financial performance, which enables business managers to react or plan more efficiently to achieve desired goals."

“In the old days we used a clunky, horrible job management system. We only found out what was really happening after the event, when of course it was too late."

"Clients subtly ask for amendments here and there, which used to get nodded through for free. But the extra work really mounts up. Our system didn’t make it easy to track those changes, causing big problems."

“Everything took so long to do."

So many stories to tell

We could fill a book with narratives of troublesome systems having to be replaced. We include just a flavour of them here.

What's the smart way to replace a system? Do it once only. Buy scalability. 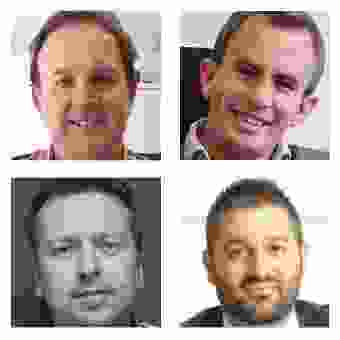 “I reviewed dozens of systems – many with ‘free’ short-term downloads, but I only discovered our ultimate choice when I spoke to an FD  who recommended Synergist."

“This proved to be a genuine revelation. We discovered that Synergist ticked more boxes in our wish list than any other Agency Management Software on the market."

"We previously used an array of spreadsheets. They were created by different people at different times, using different approaches. Few were linked up. There were inconsistencies."

"There was a lot of chasing that had to be done to update the files. They didn’t include the secondary files. A lot of time was spent trying to maintain the files and cleansing the data. They were not providing real-time information."

What is lean thinking?

We quote the Lean Enterprise Institute:

“A lean organization understands customer value and focuses its key processes to continuously increase it.

“Eliminating waste along entire value streams, instead of at isolated points, creates processes that need less human effort, less space, less capital, and less time to make products and services at far less costs and with much fewer defects."

The MD of Yorkshire agency HMA Digital Marketing told us:

“Nobody wants to pay for bloat.

“One big reason for implementing Synergist was to avoid wasting so much time running the mechanics of the agency when we want to focus purely on clients. So, when planning our growth we went for ‘lean growth’ ".

“'Lean’ doesn’t mean ‘thin.’  It means order, and making everything work optimally. No waste. No inefficiencies. If an agency has inefficiencies, it’s the client that finishes up paying for them. You need process to make it work."

“Synergist plays a significant role in helping agencies drive through efficiencies. For example, it has helped us to automate reporting. Before Synergist we used to spend hours and hours on producing reports."