“The vast number of media pitches being held this year by the world’s leading advertisers are being decided based on agencies' ability to provide technology, data or content”, says WPP boss Sir Martin Sorrell.

Agencies are recalibrating their roles to “an environment where continuous improvement amid slow growth is the new norm. The growing influence of

on a marketers’ role is telling".

“Media and creative, spurred by the advent of content marketing, are becoming much more integrated.”

"Advertising today encompasses much more than 'traditional creative,' including data, visualization and even health care. We need to rename it because it encourages people to think that creativity is the preserve or reserve of that creative department, of that creative director in that so-called ad agency,” he said. “It is not — 75 percent of our revenues come from stuff that Don Draper wouldn’t recognize.”

"Under-pressure bosses are watching the pennies rather than making bold investments to grow. Lower levels of global growth combined with heightened deflation risk are forcing executives to slash costs and hunker down for tougher times ahead, with the situation unlikely to improve before the end of next year."

“Worldwide, GDP is under pressure and forecasts have been slowing,” he said. “The US continues to be strong but their recovery is patchy.”

“Not surprising then, that corporate leaders tend to be risk averse. Procurement and finance take the lead over marketing and investment,” he added.

Nevertheless WPP, the world's largest advertising company, reported a 5.9% rise in revenues to £2.93bn in the third quarter, in spite of a 'softening' in the UK. The company said the results were "highly satisfactory".

North America drove WPP's gains, accounting for more than a third of sales and gaining 3.7% excluding acquisitions and currency fluctuations. Western Europe grew 4.6%, while the UK lagged with 2.2% growth.

WPP said "All sectors improved in the second quarter and, as in the first half, advertising and media investment management showed the strongest growth. Data investment management, public relations and public affairs and branding and identity, healthcare and specialist communications (including direct, digital and interactive) all showed an improving trend compared with the second quarter, particularly in public relations and public affairs and in the sub-sector of direct, digital and interactive." 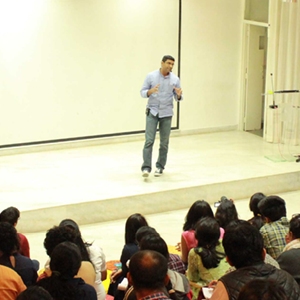