The UK creative industry continues to deliver strongly in economic importance. A new report analyses the diversity of the creativity subsectors and shows the creative hotspots across the UK. 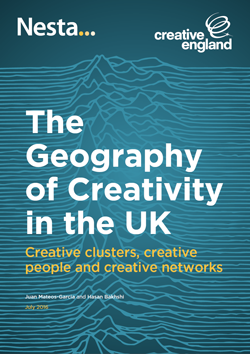 The profound economic contributions to the UK of its creative industries are gaining national recognition now. Gross Value Added contribution is £81.4 billion or 5.2 per cent of the whole economy. It’s also recognised as a high growth sector. The gross value added by creative industries grew by 8.9 per cent between 2013 and 2014, almost twice as fast as the UK as a whole.

The analysis acknowledges the wide diversity of creative focus: 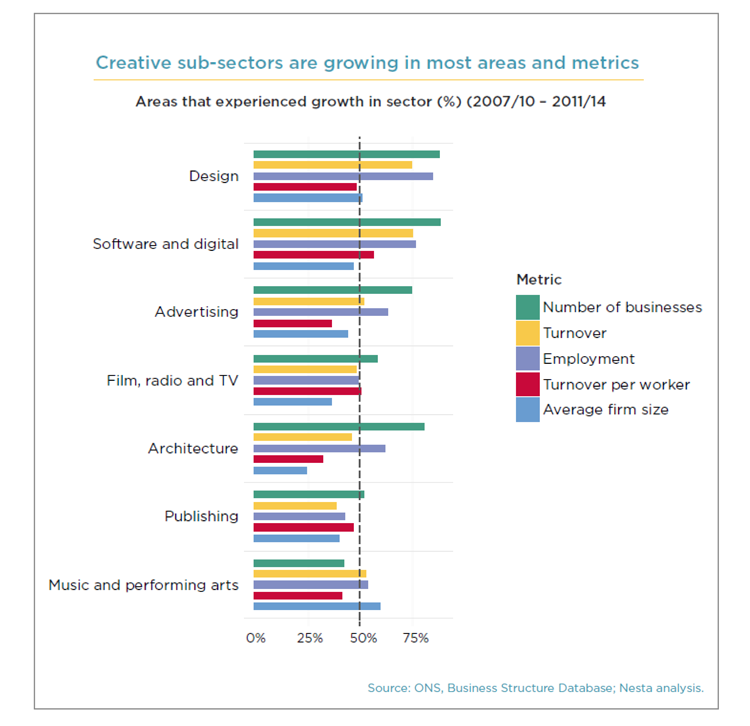 The creative industries are a major driver of UK jobs, innovation and growth.

In addition to driving economic growth directly, the creative industries make indirect contributions to the economy by supplying other sectors with creative production inputs such as advertising, design and software.

The future outlook for the sector looks rosy too. In particular, creative jobs, with their typically high levels of discretion and unpredictable outputs, will likely be in high demand in the “second machine age”. UK creative jobs are three times less likely to be at risk of future automation than those in the rest of the workforce.

While it is well known that the creative industries are engines of growth in cities like London, Bristol, Manchester, Edinburgh and Cardiff, their importance in other parts of the UK are highlighted here. Hotspots are revealed using data from the Office for National Statistics, geographical information on university graduates and research, and big data from social networking.

Rapid growth has been experienced in all sub-sectors that make up the creative industries, but particularly in Design, Software and digital, and Advertising.

Using data from online events platform Meetup.com, the report also quantifies the importance of networking activity in the UK’s creative industries. Paralleling the growth in creative businesses across the UK, it sees an explosion of meetup activity in the creative industries. Topics like ‘freelance work’, ‘user experience’, digital marketing’ and ‘data analytics’ are trending up particularly strongly.

The creative industries are growing more rapidly than other sectors in most parts of the country. Between 2007 and 2014 more than nine in ten of the 228 metropolitan areas that make up the UK experienced faster growth in the number of creative businesses than in the whole business population. The report identifies 47 creative clusters in the UK. 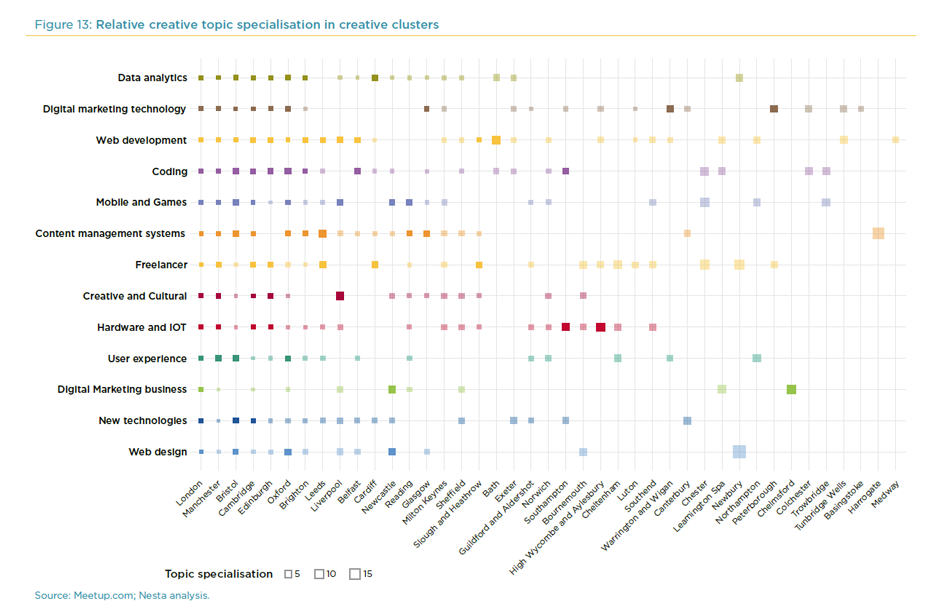